What Are Electric Cars?: A Complete Rundown of the Rising Stars in the Automotive Industry

Climate change facilitated by carbon emission from industries and cars has contributed to various noteworthy inventions towards the green environment. Electric cars are one such invention, where cars run partially or fully on electricity. Conventional vehicles have been blamed for their immense carbon footprint, emitting tons of greenhouse gases into the air.

However, some electric vehicles are designed to operate exclusively on electricity, thus excluding any liquid fuel. Some are also designed to convert hydrogen gas into electric power (hydrogen fuel cell) to run the electric motor without gasoline or diesel. Though efficient in their fuel usage, hybrid cars are not considered electric cars because they do not have a plugged-in feature for charging.

Toxic emissions from petrol and diesel cars are causing thousands of premature deaths yearly. The EU has published several reports, including the Dieselgate, demonstrating a projection of the adverse consequences of car pollutions. Even the most efficient conventional vehicle can not compare with an electric car on greenhouse gas emissions and air pollution. The extent to which electric vehicles are clean also depends on their source of electricity and the type of vehicle. If an electric vehicle is charged by electricity from clean grids, its greenhouse gas contribution would be equivalent to a car driven for 100 miles using 1 gallon of fuel. However, emissions could be near zero if the electric vehicle is charged exclusively using renewable energy sources, such as wind or solar.

The Cost of Electric Vehicle Vs. Conventional Vehicles. 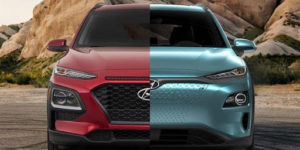 Though it initially seems like electric cars are expensive, this upfront cost is significantly reduced in the long run through government incentives, fuel, and maintenance costs. Therefore, purchasing an electric vehicle instead of an internal combustion engine (ICE) can significantly save. As you go through your options, you must decern where you will reduce cost with an EV than ICE.

One of the major differences between ICEs and EVs is what you are using to power your vehicle; fuel source. EVs are powered by electricity, while ICEs are powered by internally burned gasoline. The electricity running EVs can come from various sources such as the burning of gas or coal or cleaner sources, such as hydropower, solar, and wind.

One study by the Transportation Research Institute of the University of Michigan showed that it costs less than half to run electric vehicles than gas-powered cars. In the United States, it is estimated that the average cost of running an ICE is $1,117, while operating an EV would cost $485 per annum.

Vehicle maintenance costs can also accumulate over time, adding to the overall vehicle costs. Maintaining ICE’s engine can cause a big hole in your pocket as the car ages. This cost is accelerated with other expenses like changing coolants, engine oil, and transmission fluid. On the other hand, EVs do not have combustion engines, meaning you will not incur the cost we have discussed. The conventional vehicle will also incur additional expenses, including brakes, tire changes, and structural repair; however, EV owners will avoid most of these recurrent costs linked to combustion engine upkeep.

One major maintenance for electric vehicles is replacing the battery pack. The constant charging of these batteries leads to degradation over time. In the extreme circumstances of battery defective, the manufacturer will likely replace it for you through a battery warranty. Nevertheless, if your battery has no warranty, it will cost you a considerable amount of money to replace it. Generally, EVs have low maintenance costs than ICEs.

Government incentives are one of the main reasons why people are considering electric cars. For example, in Singapore, the LTA announced in February 2020 that those purchasing complete electric cars will qualify for a 45% ARF rebate beginning January 1st, 2021, to December 31st, 2023, capped at $20,000. The country also has a Vehicle Emission Scheme (VES) of up to $25,000, offering rebates for cars on the highest band by emitting the lowest carbon. Since most EVs fall under the highest band, the owners often enjoy a $25,000 VES rebate. If you add the ARF rebate of $20,000 to the VES rebate of $25,000, you will probably qualify for a total of $45,000 for owning an electric car. Furthermore, beginning January 2022 to December 2023, individuals buying EVs will not pay the minimum ARF of $5,00.

Types of Electric Cars You Can Consider

These electric vehicles have reduced environmental impact with lower refueling costs than ICEs. Since they can be charged from an outlet, they will use less gasoline, replacing the gasoline miles with electricity when you travel a longer distance. You will need to plug in the car in a regular 120v outlet for recharging. When you run on electricity, these cars will not emit GHG in the air unless you turn to use gasoline again.

Battery–electric vehicles are advantageous because they have fast refueling time. These are pure electric cars, using electricity generated from the batteries as their fuel source; hence it is essential to know your intended use of the vehicle and match that with the battery range. In Singapore, pure electric car owners can benefit from several workplaces and public charging stations situated across the island. These cars are a perfect suit for environment-conscious commuters and households taking several short trips. There is zero emission for these cars, especially if the source of electricity is clean.

If you live in a country where electric cars are unstainable and do not match the driver’s needs, the conventional hybrid may be a perfect solution to reducing pollution and reducing costs. With a hybrid, you will still need to fuel with gasoline like a regular vehicle; however, it will offer you increased efficiency due to its electric motor. Since the motor’s power is from gasoline combustion with no plug-ins, hybrid cars are not regarded as electric vehicles.

How Does An Electric Car Work? 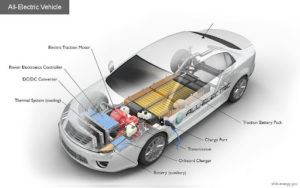 Electric cars, also called battery electric vehicles, are endowed with an electric motor, replacing the internal combustion engine of regular cars. The electric motor is powered by a large battery pack that is rechargeable. The car is plugged into charging equipment or a wall outlet to store the electric power used in running the car. Since pure electric cars run on rechargeable batteries, they do not emit greenhouse gases that pollute the environment. Therefore, these cars do not have liquid fuel components, including a fuel tank, fuel line, or fuel pump.

How Does the Electric Car Motor Work?

The EVs are plugged into a charging outlet, taking electricity from the grid and storing it in rechargeable batteries. The batteries will then power the electric motor to drive the wheels. Since electricity is a better source of power, electric vehicles accelerate speedily than traditional fueled cars. Electric car drivers ascertain that they are lighter to drive and easier to maintain.

What is the EVs Driving Range?

How far you can drive a fully charged electric car is depended on the vehicle itself. They have a relatively shorter range than conventional vehicles depending on the model. Different car models have different battery sizes, driving ranges, and efficiency, which the driving conditions could also dictate. For example, extreme weather conditions consume more energy since the car will need more energy to cool or heat the cabin. You will find the EVs are efficient when driven in the cities than on highways.

Driving around the city will mean regular stops, thus allowing you to benefit from regenerative braking. In contrast, highway driving will consume lots of energy to cater to higher speeds and increased drags. A speedy acceleration takes much energy, thus reducing the vehicle’s range. Also, driving up the hills or inclines and dragging heavy loads will reduce your driving range.

Charge port– The vehicle connects to the power outlet through the charging port to provide power to the traction battery pack.

Auxiliary Battery– The auxiliary battery is the source of electricity that powers the electric vehicle’s accessories.

Power Electronics Controller– PEC is a unit in the electric drive vehicle that controls the flow of electrical energy from the traction battery. It also manages the electric traction motor’s speed and the torque it produces.

Onboard Charger– The in-built charger converts the AC from the external source to DC power that charges the traction battery. It also liaises with the charging equipment to monitor battery characteristics, including current, state of charge, voltage, and temperature.

Electric Traction Motor– The motor acts as the engine in conventional vehicles, receiving power from a traction battery to drive the vehicle’s wheels.

Electric cars were invented to solve the GHG emission problem and reduce global warming. Humans have also initiated several other inventions to make the earth green, like the hybrid car with fuel efficiency. Shariot’s car-sharing and rental services are geared towards supporting a green environment and a reduction of global warming. Our vehicles are hybrid and fuel-efficient with few emissions. We aim to use an electric vehicle for car-sharing services for a better Singapore environment.

WHAT KIND OF CAR SHOULD I BUY?

WHAT ARE CARBON TAXES? 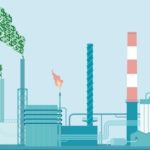 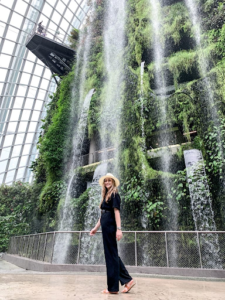 THE ULTIMATE GUIDE TO SINGAPORE’S BEAUTIFUL GARDENS AND WATERFALLS 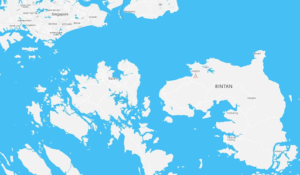 THE BEST TRAVEL GUIDE TO BINTAN AND BATAM ISLANDS 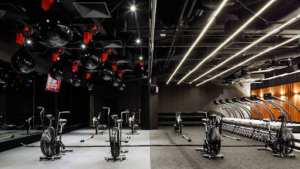